Sixty-five years ago, these Korean War POWs were determined to be repatriated to the Republic of China on Taiwan. The price was a tattoo that proved their loyalty.

At an exhibition and discussion about Huang Tzu-ming's (黄子明) photography, I realized that the stories he was telling through his ongoing photo series about "Anti-Communist Fighters in the Korean War" may only exist in the historical memories of my generation and the one before us.

With the end of the Korean War, more than 21,300 members of the "Chinese People's Volunteer Army" became prisoners of war of the American military. 14,300 of those prisoners broke free from the control of the Chinese Communist Party (CCP) and came to the Republic of China on Taiwan under the assistance of the United Nations.

They arrived in Keelung on January 23rd 1954, and were soon paraded around downtown Taipei. The public decorated the city in advance, and crowded into the streets to catch a glimpse of the soldiers.At the time, this group of former POWs were seen as heroes and symbols for national rejuvenation. The events of that day were then celebrated annually in Taiwan as "World Freedom Day." 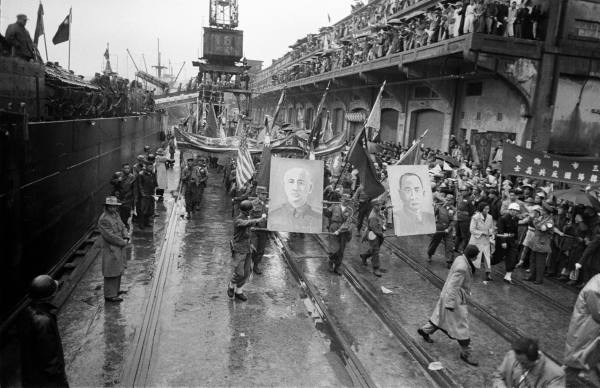 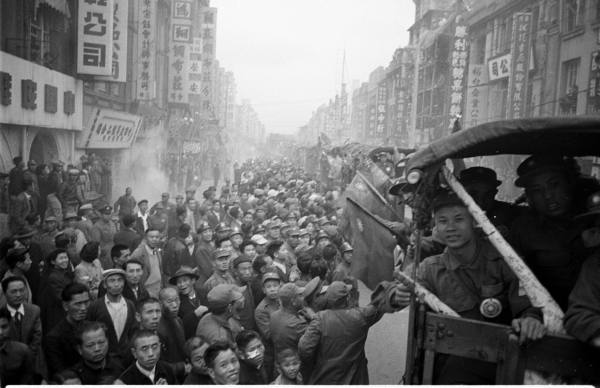 More than 10,000 people came out to greet the anti-communist martyrs upon their arrival. LIFE Magazine.

Huang began his photo series on these Korean War POWs in 1989, more than three decades after their arrival in Keelung. "During the Cold War, their decision to defect to Taiwan became an important symbol of political victory for the 'free world'", says Huang.

The tattoos on their bodies were especially attention-grabbing, and reflected their Nationalist (KMT) loyalties. The tattoos included phrases such as "Annihilate the Communist Party and revive the nation", "Swear upon death to return to Taiwan", "Anti-communism and resist the Soviet Union", "Kill Zhu De and Mao Zedong", "Pledge allegiance to the party-state," and "Our national flag is the blue sky, white sun and a wholly red earth. "

These tattoos laid bare the POWs' determination to seek residence in "Free China" and their at-a-whim decision to come to Taiwan also helped stabilized the KMT government at the time.

During that era,young Taiwanese were taught to obey, love the country and the nation, and defeat the vicious Communist bandits. Everyone strived to hold the same opinions as everyone else, be satisfied with the status quo, and settle for a happy and secure life. The KMT government emphasized homogeneity, and in order to make this solidarity a national ethos, they instilled an ideology of "with us or against us" in the public psyche.

It was a time period of easy binaries — good and bad, right and wrong. You didn't need to second-guess whether a character on a TV show was good or bad in those days; the bad guy was the one with the sleazy face using frivolous language.

When I first went to the US in the 1980s, it was difficult to understand American TV shows, because I was so used to the simple logic of Taiwan's TV programming. Most American or European shows required the audience to feel, think and reflect upon characters and plot lines. They didn't use media and art to propagandize or strengthen a particular ideology in the minds of the audience.

Huang Tzu-ming's series on anti-Communist fighters continues his focus on the impact of war on everyday people, just like his previous series titled "Comfort Women." This is a rare theme, and it's a topic of history with both international and local dimensions. In comparison, contemporary Taiwanese photography often follows the same monolithic norms, and thus lack the ability to discover and operate across a range of different themes.

In other parts of the world, contemporary art pieces address complex issues of a nation's cultural identity and historical memories. But the Taiwanese people are often ignorant or selectively forgetful of the past. This is of course tied to Taiwan's current political situation, where new administrations denounce the histories and cultures propagated by past administrations,silencing the people. Younger generations do not know the legacies of previous generations, and there are many cultural fractures that reflect blurred historical memories.

Of the 14,300 Chinese POWs that came to Taiwan after the Korean War, many were former members of the Nationalist military, who fought on the losing side during the Chinese Civil War in the late 40s. When the Chinese Communists entered the Korean War in 1950 to aid North Korea, former Nationalist soldiers were forced to join the "Chinese People's Volunteer Army."

After arriving in Taiwan, they were re-enlisted into the military, or participated in the construction of Taiwan’s central cross-island highway, or scattered across military dependents' villages all over the island.

They were not trusted by the government and were strictly surveilled by the state. Their thick accents and special identities made it difficult for them to integrate into Taiwanese society.

In 1988, a ban that prevented them from visiting China was lifted, and these "anti-Communist fighters" could legally visit their relatives.

Their tattoos, which symbolized their solidarity with the Nationalists and its anti-Communist fervor, now seemed out of touch. Some of them worried that their tattoos could lead to political persecution by the CCP. So, some removed their tattoos before returning home, or underwent skin suture surgeries, especially over words and phrases that insulted the CCP. More importantly, tattoos of the ROC flag would need to be hidden.

As time went on, the era of "with us or against us" eventually passed. The political markings engraved into their bodies also changed, regardless of whether these symbols were voluntarily adopted or not. As the tattoos faded in colour and visibility, the identity of the anti-Communist fighter also became an awkward one.

Huang photographs the anti-Communist fighters in a simple and unadorned manner, as a way of recording and narrating their physical state.

The fighters have aged, and if it were not for their tattoos, it would be impossible to tell them apart from other elderly people in Taiwan. They joined the Korean War as children as young as ten, and eventually ended up in Taiwan by chance.

Their fate was a product of the Cold War, and they were treated as pieces on a global chessboard, straddling the Communist and Nationalist regimes. Their identities as soldiers only allowed them to exercise obedience, and stripped them of their human rights. Their tattoos are a form of state domestication, controlling their bodies and subjectivities.

We tend to discuss history in broad narratives, in a way that ignores and overlooks the uniqueness of personal life experiences and stories. Taiwanese society perceives the actions of the anti-Communist fighters as those of a collective consciousness, with their individual differences concealed in historical discourse, but they were never a homogeneous group. Today, we are used to comedic, satirical representations of historical plots, and the deep sorrow of war and history seem distant. But the anti-Communist fighters are complex historical subjects, and their story connects to deeper issues worthy of examination.

For example, how can we look back at history, and express genuine thoughts and emotions in the present day? Is what happened to them just a circumstance of history? Do these historical power structures and politically manipulated ideologies only manifest themselves in the form of a tattoo, or do they have other forms? How can we make space for these anti-Communist fighters to express their individual identities?

These issues need to be considered simultaneously, along with questions about how contemporary Taiwanese photography can develop more diverse modes of storytelling.

Every society has its own historical trauma and wounds that they must face. We must critically reflect on the nuances of war, humanity and trauma. Huang Tzu-ming's work reminds us that Taiwan is still home to many unique individuals, who are wounded by turbulent histories.

They need our care and attention, and we must expand our understanding of history by incorporating different perspectives. We need to empathize with those who have experienced trauma, those forgotten in the shadows of history.

(To read the Chinese version of this article, please click: 張美陵／意識形態的紋身 )

The Graveyard At The Center Of Taiwan's White Terror Period

Scattered on the slopes of a public cemetery on the outskirts of Taipei lie the graves of hundreds victims of the White Terror.

The Graveyard At The Center Of Taiwan's White Terror Period

What My Lesbian Mother Taught Me: An Interview With Director Huang Hui-Chen

Being the daughter of a lesbian, I had a very painful childhood. This suffering wasn't due to my mother being a lesbian, but because of discrimination from others.

What My Lesbian Mother Taught Me: An Interview With Director Huang Hui-Chen

For Some In Hong Kong, The Next Step Should Be Independence

Writer Patrick Cheng speaks to his peers about the kind of political future they want for Hong Kong. For some, it’s all about declaring independence.

For Some In Hong Kong, The Next Step Should Be Independence

Who is Chi Chia-wei ? He is“the first openly gay Taiwanese person”and “senior LGBT activist”. He attends pride parades on his own, stands out from the multitude by waving his huge signature rainbow flag, each year.

These Are The Tyrants And Robber Barons Of The 228 Massacre

A year and a half before the 228 Massacre, the Chinese Nationalists were busy robbing Taiwan in broad daylight.

These Are The Tyrants And Robber Barons Of The 228 Massacre

The 228 Massacre In Taipei: “Forced Into A Car, Never To Return”

Seven decades after the 228 Massacre, survivors and relatives in Taipei city and Taipei county recount their experience and anguish.

The 228 Massacre In Taipei: “Forced Into A Car, Never To Return”